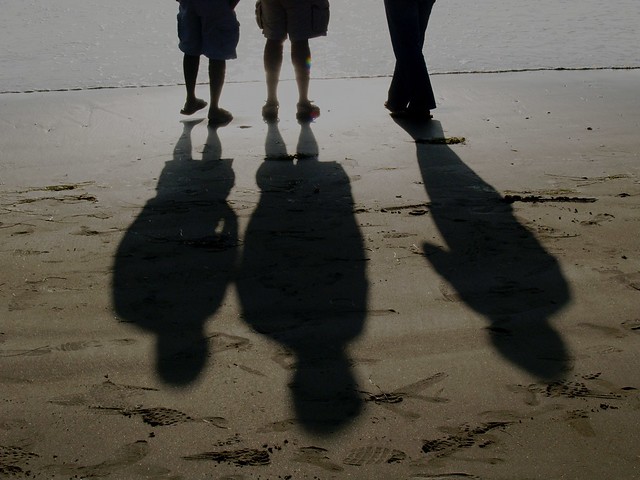 It occurred to me after my last post that I may have not given credit to the real relationships that have occurred in my life. Female friendships have taken place, people! And they deserve to be acknowledged.

Each one has left their mark on me, in one way or another, and I will be forever grateful for that. These friendships are ones I still carry with me today. They might not be right there, where I can reach out whenever I would like, but I know every last one of them would be there if I needed them. And I can honestly say, I don’t think they would mind that call. Yes, even if it was midnight.

Without names, here are five key friendships that I’ve experienced at different points of my life and still exist…

T: I speak with her daily, primarily on Facebook and occasionally via text. Our texts are mostly check-ins to catch-up outside of what’s going on in Facebook-land and every once in a while she surprises me with a text I really need to hear in that moment. I’m still not sure how she does it (secret hidden app? a PI?) but she’s dead on when it comes to delivering a message at exactly the right time.

K: At first glance, it would appear that we were on opposite ends of the college world. I was a jock and she was reading Tom Robbins but somehow fate parked us at the same front desk job in our dorm. She was the first person to give it to me straight. At first, I was taken back and immediately thought she was mean, but at second glance I realized she was giving me the gift of honesty. She opened my eyes to some of the really frustrating situations I was experiencing at the time. She gave me permission to be myself and was the first to tell me that my own happiness was what really mattered and it was impossible to make everyone else happy. And I shouldn’t sacrifice myself in trying. Her words of wisdom are beautifully and brightly scrawled on a piece of thick, folded paper that I still have. (Someday I will post that letter for you. It’s something every woman needs to hear.)

A: Meeting her through mutual friends (our now ex-boyfriends) was the best thing to come out of those relationships. It’s not every day that you can say that you and your good friend use to be LARP-ers and visit King Dick’s on a regular basis. It’s also not everyday you can say you had a smashing fun time at your girlfriend’s prom (and you aren’t a lesbian) while wearing leather corsets and sexy medieval gowns. (I have GOT to dig up that photo. It’s hot.) Even with many, long gaps of time and a multiple state difference, we still manage to hang out. It’s not a big production of a visit either. We just hang out, talk about the crazy dinner concoctions we use to make, and watch our kids play together for hours on end. It’s pure sweetness when our little clan of kiddos is running about, rolling down hills, and picking up things by the marsh that can only be described as a mini pepper. (What the heck was that anyway?)

E: Ah yes. That childhood friend that you’ve never really lost contact with. It’s a rare breed in my life for sure. If I think about it too long, my mind will spin trying to figure out how two people can go through their entire lives not speaking or even seeing each other on any regular sort of basis, but yet have oodles of friends/phases/locations overlap and (when we do see each other) feel like not a day has passed. It’s the kind that after years of Facebook randomness and not uttering a single spoken word to each other, a phone call comes late in the evening with a simple question: “Will you be my maid-of-honor?” To which the only obvious answer: “of course!” Who would’ve known that at the age of five, when running through fields was considered OK (before ticks, I guess), that little blonde haired girl would still be there after so many years? I mean, she was there the *first time* I knocked my tooth out on a garden hose, said my first bad word (on purpose), laid out on a melting driveway with after a swim and the first person whom I shared a seat with on the bus. How often can anyone say that?

M: A sister is a first forever friend. [Tweet this.]  There is absolutely no way I could write a post about meaningful friendships and not mention my sister. She has been the one constant through every life altering and earth shattering event in my life, since her birth. That includes the simple stuff too: playing post office, riding bikes, and our midnight poker-rummikub games. And of course, playing school while dealing with my “must be the teacher” attitude. A single person can change gears many times throughout their entire life and I am thrilled that in all this time we have kept it together. Even in moments of complete opposite-ness, we have always found our way back. And now, I swear she is the only person I could talk with for 5 hours straight on a road trip to NY – and never even come close to running out of things to talk about. Her sincerity is moving. Since our “let’s just be honest with each other” pact years ago, we have stopped wasting time by dancing around subjects and stressing over how to word the difficult things that just need to be said. I truly trust her opinion and it’s such a load off knowing that what she says is exactly what she means. I take great comfort in that. And aside from our marathon chats, she is also the only other living soul (apart from my husband, of course) that I am fully and utterly trusting in caring for my kids. Should my husband and I encounter a tragedy that would remove us from parenting the absolute tender loves of our life, I have no worries that she would not only love and raise them as her own, but raise them exactly how I would do it. I am certain she would treat my children with complete respect and total fairness.  And she would possess love for them with every fiber of her being. She would be everything I could no longer be and everything she is at the same time. Not an easy task, even if she were a superhero.

My river of love for her and these friendships run deep, so much deeper my previous post gave any credit for and that’s wrong.

It amazes me how much the negative stuff sticks with us and the desire to have something sacred can be a pretty powerful force. Blinding, even. I’m no longer blind. My negative experiences does not paint a complete picture. It’s only a small portion of what has taken place in my life. I just decided to focus on lack.

What we focus on is a choice.

My lack of real, true friendships right now is due to my own actions. I’m simply not available to build them. And not having them presently does not mean I’ve never experienced a true friendship… it just means I wasn’t paying close enough attention when one was taking place.

2 thoughts on “Hey, I know where all those fun girls are!”

This site uses Akismet to reduce spam. Learn how your comment data is processed.

It's all for the gram